Because sometimes you don't feel like going to a nice place to eat.
Bub's @ the Beach IN THE HEART OF PACIFIC BEACH ON GARNET AVE!

In 1998, a restaurant opportunity became available in Pacific Beach at this very spot. A young man (at least compared to now) set out to follow his dream to create the best and most successful bar and grill Pacific Beach had to offer. Instead, he created BUB’S. Almost 20 years later, we are proud to have multiple locations throughout San Diego and partnerships and friendships we have made along the way. Take the Tater Tot, for instance. We have been serving them since the first month we opened in 1998, when the delivery driver dropped off the wrong box. Do we give him credit? Of course not! That’s silly. In fact, if you have any more good ideas please let us know…

As the official Pittsburgh Steelers bar in San Diego and home to the Virginia Tech Hokies, sports are a big part of our fun. Just like sunshine, sand and waves!

Pacific Beach is where BUB’S was born and where we will always consider home! Good, fresh, cooked-toorder food is what we’ve been about since day one. Cold beer and fun doesn’t hurt either! Well there it is, BUB’S: another man’s stupid idea of fun! 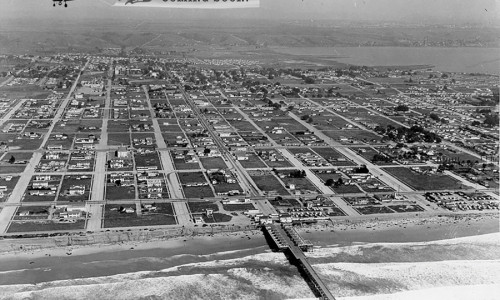 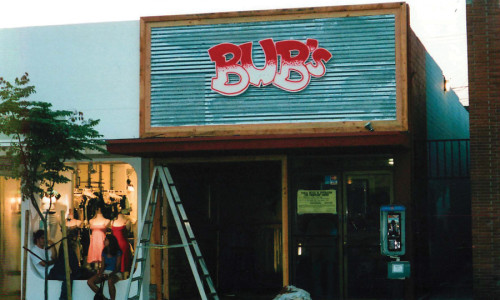 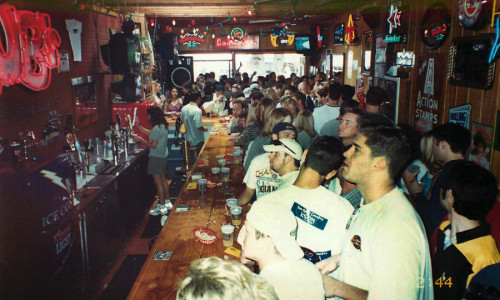 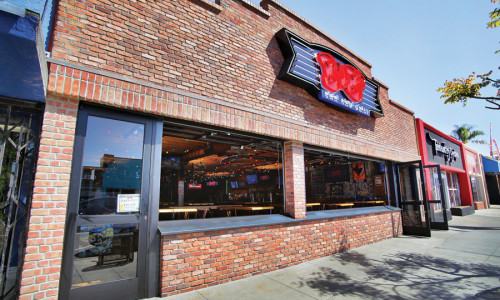 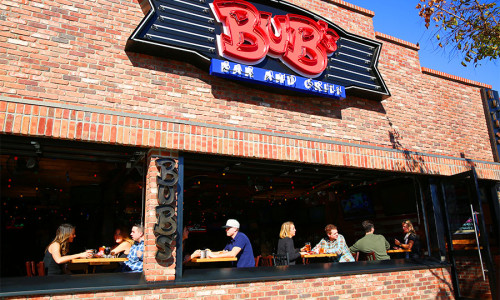 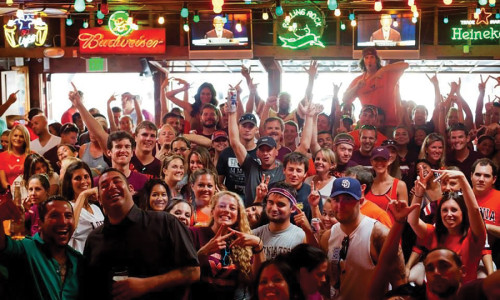 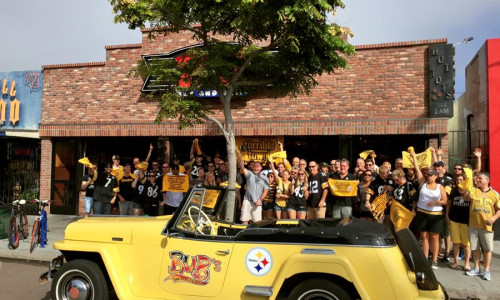 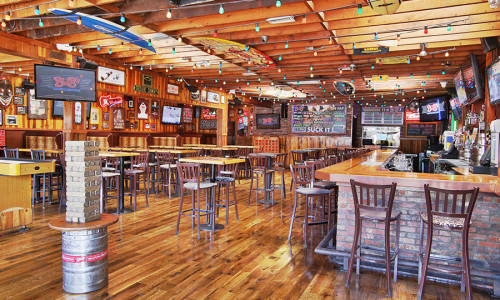 A Letter... FROM TODD

Always what I think of, Bill Cowher screaming it with spit flying….okay so maybe most people that know me are right and football IS too important in my life? Here’s what I know, as we head into our 20th season of STEELERS FOOTBALL at BUB’s:

Where I’m from, all of my family on my father’s side is from North Hills area of Pittsburgh. You don’t become a Steelers fan, you are slapped on the ass and given a black and gold blankie.

I love San Diego, been here longer than anywhere else in my life, going on 22 years. BUB’s is first and foremost a San Diego joint and proud to be part of this city! That being said for cavemen like me, there are some things that are just part of you…period. I couldn’t switch teams no matter where I live, it just doesn’t work that way. If you want to see a decent collection of people who share the same affliction, “Yins just come on aat fa da game.”

Before I opened Bub’s I used to head down the street to watch the Steelers’ game on Sunday and hope I could get the sound on a TV or two. Didn’t happen that much but we still had a good group show up each week. When this place became available I knew whatever I did, or whatever it was gonna be called, this was gonna be a Pittsburgh Steelers Bar!

As most people know, we don’t reserve tables for money. At BUB’s it’s about getting here early and getting your spot. Everybody gets the same shot. Last year we started handing out tickets and we gave away a jersey each week right before kick- off. It takes the sting outta getting up early. Everybody seemed to like it so we’re gonna do it again this year.

Most of my family back in PA has not been here but they have all seen BUB’s on the local news (KDKA) back in Pittsburgh! It’s been a few years since the Steelers have come to town but when they do, as always, we will be ready to host! Most people who come out and have read about us on the web expect the place to be painted in black and gold paint. That’s not what makes BUB’s THE place to watch the Steelers in San Diego…

It’s the people who come here and have been coming here for many seasons to spend their Sundays trying to make BUB’s a little slice of the stadium! With this privilege comes responsibility, like making sure Jack has his earplugs in before the game starts!! We’ve seen three Super Bowls since we opened and two Super Bowl WINS! If you’ve seen this crowd you know we can’t wait to see another!